Conference honors have been announced for fall and winter sports. The Austin College athletes recognized follow.

SCAC Players of the Week: 5 student-athletes

Each head coach within the conference elects one member from his or her team who displayed good sportsmanship throughout the season for the SCAC All-Sportsmanship Team. The Austin College athletes announced to date follow.

Four Austin College athletes have received the SCAC Character & Community Award this academic year, recognizing those student-athletes who not only excel in athletic competition but also serve their campus and community. One male and female athlete within the conference is selected each week for this honor. The students are listed below along with the week of their recognition. 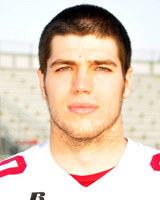 Elton Skipper, a junior from Azle, Texas, is a defensive lineman on the Kangaroo football team, and, in addition to his commitment and hard work on the gridiron, has been an active member of the Austin College community since arriving on campus. He is involved with the Austin College Service Station and volunteers as a tutor for elementary school students in math and reading. He also is an RA and was named the 2011 Community Builder of the Year at the RA banquet. He is also a Dean’s List student. 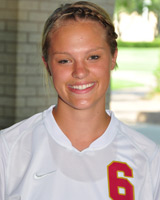 Natalie Nelms, a junior from Dallas, Texas, is captain of the soccer team and was an All-Conference selection her first two seasons. She is an active member of Alpha Phi Omega national service fraternity and in fall 2011, spearheaded an event helping to raise money to fight leukemia. Through her outstanding efforts, the women’s soccer team joined forces with the Leukemia and Lymphoma Society to help raise awareness and funds for research and patient research in the team’s home finale in October. 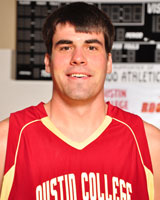 Senior Josh Saunders of Athens, Texas, will graduate in May with degrees in business and environmental studies. He is a starting forward and team captain for the ‘Roos men’s basketball team and was named to the SCAC All-Academic Honor Roll from 2008-2011, as well as to Who’s Who Among American Universities Colleges All-America. He is a three-year National Association Basketball Honors Court selection. Since 2009, he has served on the Austin College Student Athlete Advisory Committee. Josh was an Austin College Global Outreach Fellow for 2011 and spent the summer as a volunteer, building homes in Costa Rica. He also serves the homeless at The Stewpot and Second Chance Café in Dallas, among several other volunteer activities. 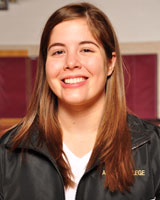 Junior Dolores Johnson of Frisco, Texas, has been one of the team’s strongest competitors since arriving on campus and also has been active with several community efforts in Sherman. She helped organize a 5K ‘Roo Run benefiting Grayson County’s Grand Central Station (food pantry), as well as an art show benefiting the Boys and Girls Club of Sherman. She also helped to organize the Purple Reign Masquerade benefiting Grand Central Station.