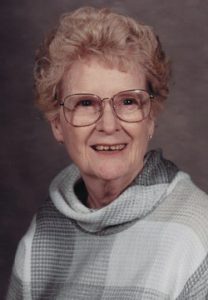 Bonnie Beardsley, assistant professor emerita of communication arts, died March 15 at age 94. She and her husband, Paul came to the College in 1950 when he joined the communication arts faculty. She served as an acting coach and worked closely with her husband on several programs before she joined the faculty in 1960 upon completing her undergraduate degree at Austin College. The two worked together to produce and direct many plays, performed together in several duo-dramas, and established arena theatre at the College. After Paul died suddenly in 1973, she continued her work in the department until retiring in 1984 when she took an artist-in-residence position at the College and pursued her interest in writing. Beloved by her students and alumni, each year at Honors Convocation, her name is remembered in the awarding of the Bonnie Beardsley Fellowship for an Outstanding Student in Communication Studies. For many years after retiring, she attended the annual event to meet the student recipient. 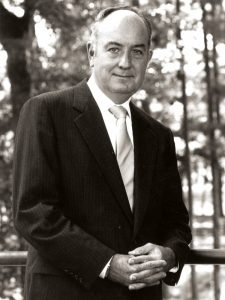 Clifford J. Grum, also a 1956 alumnus, died December 19, 2016, at age 82. He served on the Austin College Board of Trustees from 1981 to 1992 and from 1993 to 2001. He served as chair or vice chair of the Development Committee throughout his active service. He also was on the Investment Committee and continued to attend that committee’s meetings for many years as a senior trustee. A longtime citizen of Lufkin, Texas, he was very involved in his community and in First Presbyterian Church. He also spent more than a decade in New York where he served as publisher of Fortune Magazine and executive vice president of Time, Inc. He also had a passion for horse racing and was a thoroughbred owner. He served on several national boards during his years as a business leader. 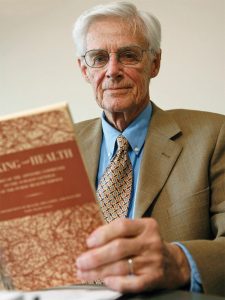 Dr. Charles “Mickey” LeMaistre died January 28 at age 92. He served on the Austin College Board of Trustees from 1979 to 1983, serving on the Education Committee and the Trustee Committee. He spent seven years as chancellor of The University of Texas System before serving nearly 20 years as president of The University of Texas MD Anderson Cancer Center. A pioneering crusader against the harmful effects of tobacco use and a catalyst of the field of cancer prevention, he was on the first U.S. Surgeon General’s Advisory Committee on Smoking and Health. and he served as national president of the American Cancer Society in 1986. Named chancellor emeritus by the UT System Board of Regents, LeMaistre returned to MD Anderson as a part-time professor in the Division of Cancer Prevention and Population Sciences, which he founded years earlier. The Texas House of Representatives passed a formal resolution of tribute to the physician upon his death.

Other Friends We Will Miss

Juliette McClendon, a member of the Austin College Spanish faculty from 1963 to 1979 died March 30. After retirement, she and her husband served with the Peace Corps and returned to work in missions, as they had spent 20 years before becoming a faculty member.

Next: In Other Words