Three longtime faculty members who have had significant influence in the educational climate of Austin College were granted professor emerita status in May as they retired from teaching. “I couldn’t begin to take the time to tell you about their professional accomplishments or their contributions to Austin College,” Sheila Amin Gutiérrez de Piñeres, vice president for Academic Affairs and dean of the faculty, said at a year-end event. “They have been integral in our learning community and in setting the level of faculty involvement and mentoring that are Austin College hallmarks.” 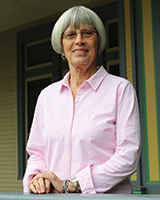 Jane White, associate professor of education in the Austin Teacher Program, joined the faculty in 1994 for the important work of preparing tomorrow’s teachers. In retirement, Jane will stay in Sherman, joining husband John White, who retired from the faculty last May. Jane’s retirement plans: “Anything I want!” She added that she doubts that is really true, but she is eager to experience life without the pressure of a busy daily schedule. The Whites have planned road trips for the summer and a trip to Maine and Nova Scotia in the fall. “Did you get that—a vacation in the fall? Heavenly.” 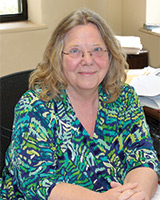 Bernice Melvin, professor of French, joined the faculty in 1980 and has served as dean of Humanities and as director of the Johnson Center for Faculty Development and Excellence in Teaching. She has moved to Charlottesville, Virginia, to be close to her daughter and her family. Bernice plans to sleep, read, travel, “never write another memo, and explore the myriad ways one can construct a post-work life.” 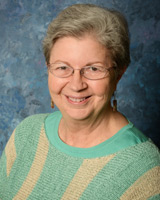 Carol Daeley, professor of English, joined the faculty in 1973. In addition to teaching, Carol organized several conferences that offered insights on various topics for her students. She has moved to Santa Rosa, California, to be near her sister and family members.

Like the other women, she will miss her Austin College colleagues and students, but looks forward to activities and interests that had been set aside in the busyness of teaching.

On to Foreign Service 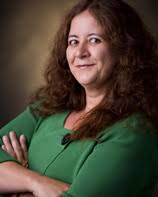 Jacqueline “Jackie” Moore, professor of history, has accepted a position in the United States Foreign Service as part of the professional diplomatic corps. In June, she reported to Washington, D.C., for training; she expects to spend her first few years stamping passports, as she said all Foreign Service officers do, but does not know where she will be assigned. Eventually, she would like to serve in Southeast Asia but expects an interesting experience wherever she goes.

While a Fulbright Scholar in Hong Kong a few years ago, Moore met several Foreign Service officers and began to consider a career change. Though she’s embarking on a totally new journey and said she hates to leave the College, she expects great adventures and is excited about the prospects of spreading knowledge about American history and culture around the world.