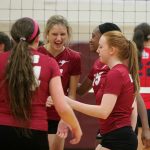 For the 17th year in a row, the Austin College volleyball team marked at least 20 victories, ending the season with a 21-19 record. Presleigh Watson ’17 was named a Second-Team All-SCAC performer, finishing the regular season ranked third in the conference in blocks-per-set, with an average of 1.16 and with the fourth-best hitting percentage at .292 for the year. At the close of the regular season, she had an average 2.24 kills-per-set, and her 296 total kills were the sixth-most in the SCAC. Coach Ed Garza finished the season just two wins short of his 500th victory at Austin College in his 18 seasons with the ’Roos. 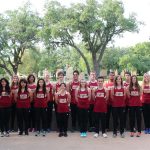 The ’Roos Are Running Again

Men’s cross country was added to the lineup of intercollegiate sports at Austin College this fall, bringing to 14 the total number of athletic teams, after the addition of women’s cross country during the 2013-2014 academic year. “We’re excited to have the opportunity to expand our program and provide more chances for our student-athletes to compete at a high level,” said Athletics Director David Norman ’83. Coach Matt Buchhorn leads both programs. 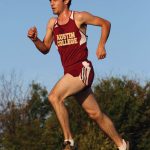 Christopher Burke ’15 made ’Roo history by becoming the first cross country runner to earn All-SCAC honors and qualify for the NCAA Regionals, while leading his team to a fifth-place finish at the SCAC championship meet in November. His ninth-place time in the 8K course was 28:23.42, his best of the season and a qualifying time for the NCAA South-Southeast  regionals at Berry College in Georgia. There, Burke came in 72nd of 206 runners and shaved 45 seconds off his SCAC qualifying time, finishing in 27:38.32. 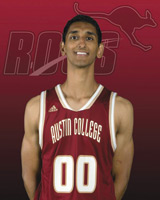 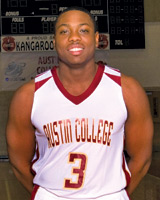 Alvin Michael ’15 and Austin Brewster ’14 were two of 19 SCAC players and 900 players nationwide named to the National Association of Basketball Coaches Honors Court in July. To be eligible for the Honors Court, a student-athlete must be a junior or senior with a cumulative grade point average of 3.2 or higher. Players are selected from all NCAA divisions and the NAIA. More than 330 colleges were represented by the student honorees. Alvin is a 6’ 8” guard for the Kangaroos. 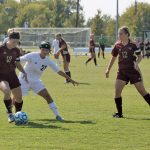 The men’s soccer team had a tough season, finishing just 1-13-5, but with a large freshman class finding their roles under coach Mark Hudson in his eighth season with the ’Roos. The women’s soccer team continued to build, closing the season at 11-10, winning the SCAC championship quarterfinal match but falling to eventual champion Trinity in the semifinals.