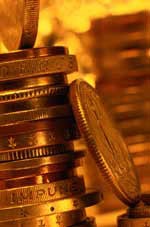 The Honor Roll of Donors included in this online magazine lists donors only by the total amount of their annual gifts, as giving societies for recognition have been renamed for the 2011-2012 year and beyond.

Other annual giving recognition includes the Century Club, for gifts of $100 or more and the Cornerstone Society, which recognizes individuals and couples who make monthly gifts to Austin College.

Very important to the ongoing success of the college is the Loyalty Society, which recognizes consecutive annual giving by donors for five, 10, 15, 20, and 25+ years.