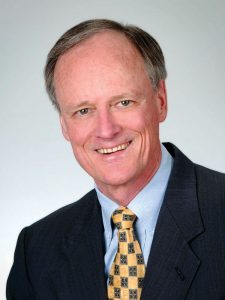 Charles Schroeder ’67 received the Lifetime Achievement Award from the American College Personnel Association (ACPA) in March 2018. The award recognizes extraordinary service to the field of student affairs, as well as significant scholarship productivity and exemplary leadership. For more than 30 years, Charles served as chief student affairs officer in a career that took him to four universities. In 2001, he was appointed a professor of higher education at the University of Missouri-Columbia. Upon retiring from that role, he took interim roles before becoming a part-time senior associate consultant for Ruffalo Noel Levitz, specializing in retention and student success. Throughout his career, he has been active in the ACPA, leading in various roles, including two terms as president, and has received numerous awards for his work. Charles wrote, “Without the ‘mentoring’ of Virginia Love (Professor of Education who died several years ago) and my first boss, Gerry Middents (Professor Emeritus of Psychology) in the Austin College Counseling Center, this recognition would have never occurred!” Congratulations to Charles, a 1988 Distinguished Alumnus of Austin College. His wife, Barbara ’68, also an educator, was added to the Distinguished Alumni list in 1988 as well.