The Austin College Athletics Department has announced the selection of six outstanding individuals for induction to the Austin College Athletics Hall of Honor at the Legends Weekend July 13-15. Alumni and staff also will honor the late Sig Lawson as the Spencer Coach of the Year Award recipient. All the honorees will be recognized at the Legends dinner on July 14 on campus. 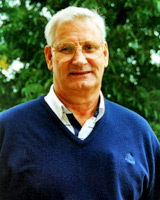 Sig Lawson had a stellar coaching career at Austin College, serving as the head swimming and diving coach for 23 years and as an assistant football coach for 12 seasons. He also was athletic trainer for the department. Lawson came to Austin College in 1976 and led his swimmers to many successes in the pool. He was equally committed to his teams’ academic success and saw many of his teams named to academic honor roll listings.

Lawson’s devotion to Austin College athletics was recognized in 1998 when he was inducted as an honorary member of the Austin College Athletic Hall of Honor.

Known to nearly all on campus as “Sig,” Lawson died suddenly on May 29, 1999. Members of his family are expected to receive the Spencer Award on his behalf.

David Adams ’83 played offensive tackle for the Kangaroo football team. While a member of the ‘Roos, Adams earned All-TIAA honors twice and was an All-District and All-NAIA All-American in 1982, and was a member of the 1981 Kangaroo team that won the NAIA National Championship.

Dale Anderson ’82 graduate was a four-year member of the tennis team, playing at number one singles and doubles all four seasons. Dr. Anderson was an All-Conference honoree all four years and in his senior year, partnered with Dave Phillips to go 24-3 in doubles play.

Brent Badger ’95 was a four-year member of the Kangaroo football team. As a punter, Badger was a four-time All-TIAA selection and a three-time All-American. He is in the record books for the longest punt in NAIA history with an 80-yard kick. Badger notched six of the 10 longest punts in NAIA football history.

Trey Crosthwaite III ’64 was a four-year member of the Kangaroo baseball team. A co-captain in 1964, Crosthwaite led the team in batting in 1963 with a .448 average, one of the best individual seasons in Austin College baseball history.

Tony Toro ’68 was a four-year member of the basketball team. In addition to helping the team to more wins during his junior year than any other year in the 1960s, Toro also was a star for the Kangaroo track and field team. Toro is a former Austin College “A” Alumni Association president.

Clyde Hall ’46 enters the Athletics Hall of Honor as an honorary inductee. Emeritus professor of economics and business administration, Dr. Hall has offered tremendous support for athletics and many years ago served as the school’s golf coach.

The dinner also will honor the Kedric Couch Alumni Coach of the Year.