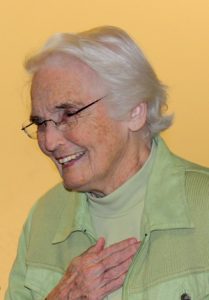 Austin College has hosted Women Get Connected events in several cities over the past few years, recognizing the prominent roles of women in the life of the College, from the initial land gift made by Emily Austin, sister of Stephen F. Austin, to the accomplishments of hundreds of alumnae to the inauguration of Marjorie Hass as its first woman president in 2009.

The events are designed to engage women in the academic and cultural life of Austin College, to inspire women to create social change in their communities, and to support scholarships for the next generations of Austin College women.

The Texoma Women Get Connected events have included alumni, staff, faculty, students, and friends who have given to the Texoma Women Get Connected Academic Honors Scholarship at Austin College, awarded to a female student from the Texoma community in 2011. The group’s leadership already has set goals to support January Term study, Austin College Teacher Program participants, and Global Outreach service projects.