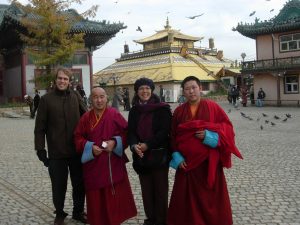 Buddhist monk Thich Nhat Hanh said, “Our own life has to be our message.” Ivette Vargas­O’Bryan’s message has had many elements over the past two years, serving as a Fulbright Scholar in Hong Kong, doing sabbatical work, and teaching at two Chinese institutions. “Residing in Asia reinforced my knowledge, updated my research, and developed my teaching during health epidemics, political struggles, and religious reformations,” said Ivette, associate professor of religious studies. 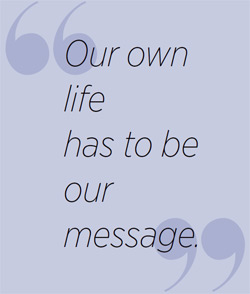 The two-­year adventure began during the H1N1 epidemic in Hong Kong when the public wore masks and entrance signs reassured “sterilisation hourly,” foreshadowing Ivette’s sabbatical work on religion and medicine. As a 2009­-2010 Fulbrighter, Ivette taught at City University of Hong Kong, co-­headed “Health in Asia” at the HKU/ Li Ka Shing Faculty of Medicine Centre for the Humanities and Medicine (CHM), served as consultant/lecturer for the Fulbright GE program, participated in a Hong Kong radio talk show interview, presented lectures, and organized conferences. Hosted by the U.S. Embassy and American Center for Mongolian Studies in Mongolia, she examined manuscripts, witnessed Buddhist reformation, and discussed Austin College study abroad opportunities. And, she came upon the unexpected: “Never have I encountered a sacrifice being offered in a Buddhist temple with practitioners intoxicated on fermented mare’s milk (airaq).” 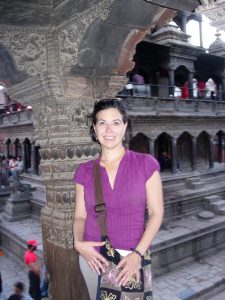 “This was a lifetime of work condensed into two years,” Ivette said. In Bhutan, she presented on klu disease. She was affiliate researcher at the Institut Français de Pondichéry in India. After organizing the Hong Kong Religion, Illness, and Medicine conference, she became scholar­-in-­residence at Dharmacakra Academic Center in Nepal. While Maoist rebel groups shut down the country, Ivette updated work on Nun Palmo, an 11th century leper nun, and Buddhist conceptions of illness and medicine. “I traced the mythical­ historical traditions of Nun Palmo from India, Nepal, Tibet, and Bhutan to Mongolia,” she said. “It was humbling to see leper caves where Nun Palmo sought refuge.” Ivette and her husband walked medieval streets past temples; in Shangri-­La and Lhasa, she climbed mountains, rode on horseback, and walked past army vehicles. Her research culminated in Dharamsala, India, the base of the Dalai Lama and where the government-­in-­exile maintains a research library.

Teaching at two Chinese institutions provided insights into Chinese-­style liberal arts, outcome-based education, and internationalization initiatives. “My United International College students in Zhuhai, China, hungered for knowledge about their own culture and the traditions of India, Japan, and the U.S.,” Ivette said. “It was touching to see students tearfully grateful for their experience.”

As a result of the experience, Ivette is publishing her first book with Hong Kong University Press, has published seven articles and has four forthcoming publications, and now is on the Fulbright Peer Review Committee. “This was the most productive time of my life; I am grateful for these opportunities,” Ivette said. “In retrospect, all that we are is the result of what we have experienced. We are what we do.”