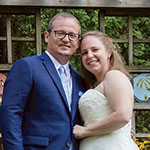 Lauren Herring and Zachary Reff were married August 15, 2020, in Charlotte, North Carolina. The outdoor ceremony was officiated by the Reverend Dr. David McKechnie, Austin College Senior Trustee. The newlyweds live in the greater Charlotte area. Lauren has spent the last 10 years in the health care sector and is currently Vice President for Commercial Excellence for a global contract research organization. Zach is a Lean Solutions Manager, delivering continuous process improvement to clients. 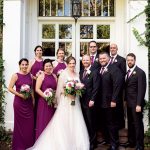 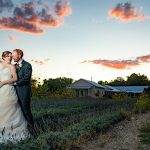 David Savage and Elizabeth Frost were married in Albuquerque, New Mexico, on September 20, 2019. The wedding party included Josh Gray of Abilene, Texas, and Mario Sanchez of Houston, Texas. The newlywed couple lives in San Diego, California, where David is completing his final year of internal medicine residency at the University of California San Diego. Elizabeth is beginning a doctoral program in Global Health at UCSD and San Diego State University. 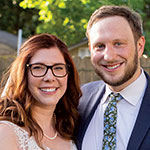 Lisa Simpson and Eric Emery were married COVID-style in a small backyard wedding in front of their parents on June 26, 2020, in Dallas, Texas. Lisa is the Director of Corporate, Foundation, and Government Relations at Austin College, and Eric is an android developer at BottleRocket Studios in Dallas. They live in McKinney with their dog, Hobey. Carolyn Stone Wheeler ’11 photographed the event.

Emily Bull and Barrett Schmidt were married October 19, 2019, in San Antonio, Texas. Emily’s godmother, Sallie Sampsell Watson ’78, officiated, and her godfather, Paul Putman ’78, attended. The two are longtime friends of Emily’s parents, Mary and Steven Bull ’78. Among many ’Roos present were attendants Dallas Key and Karen Edwards Key ’09 plus their daughter and future ’Roo Lily Ann, who was the flower girl, and attendant Daniel Jackson ’10. Emily began work in February 2019 at UT Health San Antonio as a Senior Grant Writer in the Office of Institutional Advancement. She had spent the previous six years living and working in Shirati, Tanzania, as the Director of Operations and Development for Maji Safi Group, a public health NGO. She remains a board member for the NGO. 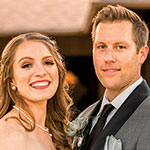 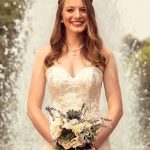 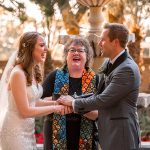 Saranya Sundaram and Nirav Patel were married September 28, 2019, at the Omni in Frisco, Texas. Saranya had completed a Ph.D. in Clinical Psychology, with an emphasis in Neuropsychology, at Palo Alto University, including a pre-doctoral internship at Emory University in Adult/Geriatric Neuropsychology. In September 2020, she began a two-year Clinical Neuropsychology postdoctoral fellowship at UT Southwestern Medical Center in Dallas, Texas. Nirav is a Senior Cybersecurity Analyst at Southwest Airlines. As the relationship between the newlyweds had been mostly long distance since they met five years ago, they are very excited to live in the same city! 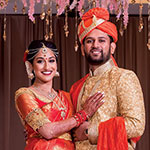 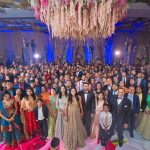 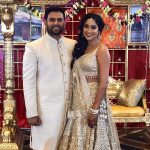 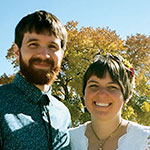 Natalie Taylor and Craig Sanders were married on October 26, 2019, in Bernalillo, New Mexico. Leslie Leonard Sorensen and Stephanie Almanza were in the wedding party, and Ashley Hagauer Somers and Ashley Overturf attended. Craig is a writer, and Natalie is pursuing a Ph.D. in Rhetoric and Writing Studies at The University of Texas at El Paso.

Cole Caldwell and Meghan White were married in November 2019 in Anna, Texas. Cole is a Military Forecasting Analyst at Bell Helicopter and plans to earn an MBA. Meghan received a master’s degree in Occupational Therapy in 2018 from The University of Texas Medical Branch in Galveston and works at Children’s Health Hospital in Dallas. 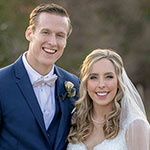 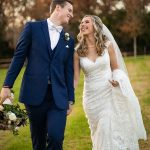 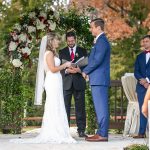 Lauren Wheeler and Robert Hutton ’14 were married June 6, 2020, in Wynne Chapel’s new Sallie Majors Chapel at Austin College. They had a small, intimate ceremony with 11 people in the space where they first met in 2013 at Sunday Night Worship. Chaplain John Williams ’84 officiated, and Katie Bosler-Staton ’15 was the photographer. Lauren, who earned a bachelor’s degree in Nursing at Oklahoma City University Kramer School of Nursing in 2018, is a Registered Nurse at Sanford Broadway Hospital in Fargo, North Dakota. Robert accepted a position as English teacher at Fargo North High School in the 2020-2021 year, after teaching for five years in Texas. 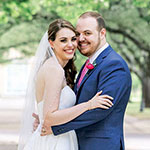 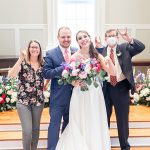 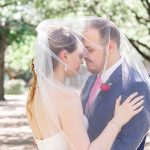