George R. Jordan Jr., 94, died February 27. He served on the Austin College Board of Trustees from 1977 to 1985, then as a senior trustee until his death. George and his wife, Julia, were longtime benefactors of the College. The couple, along with George’s brother Edwin and his wife Louise, contributed to renovation of Caruth Administration Building and the Jordan family funded construction of Jordan Family Language House. George was a devoted member and elder at First Presbyterian Church of Houston and served on the board of Texas Presbyterian Foundation and Mo Ranch conference center.

Austin College retiree Lillian Skipworth-Bruce, who worked in the admission office from 1979 through 2007, died March 14.

Longtime supporter Harriett Clemons died March 23 in Fort Worth, Texas. She and her husband, Heywood Clemons, former Austin College Board of Trustees chair, were generous donors to the College, funding the installation of Solstice Calendar, created by John Van Alstine, outside Abell Library, among many gifts. Mrs. Clemons was a longtime member of First Presbyterian Church of Fort Worth and a devoted board member for The Van Cliburn Foundation.

Education advocate Robert Priddy, 96, died January 6 in Wichita Falls, Texas. Lifelong Presbyterians, Robert and his wife, Ruby, who preceded him in death, were longtime friends of Austin College and charter members of the College’s Founders Society in recognition of their generous support. Personally and through the Priddy Charitable Trust, they established Austin College scholarships, particularly in support of middle-income students, and supported many capital projects. They also established several faculty positions and provided resources for the Center for Environmental Studies.

The Reverend Dr. Thomas Miller, 80, Austin College campus minister from 1976 through 1982, died June 7. He served the Presbyterian Church for over 50 years, with a lifelong passion for higher education ministry, also serving at the University of North Carolina at Chapel Hill and at West Virginia University, as well as service at Montreat Conference Center. He joined the Austin College faculty in 1962 and served in many capacities, including nearly two decades as dean of Humanities and also as director of the Heritage of Western Culture program, which he helped design. He also served as acting vice president of Academic Affairs for one year. He regularly led January Term classes to England, exploring the history and architecture of the city or social problems related to the emergence of early England.

Dr. Carlson received many honors during his career, including the College’s Homer P. Rainey Award for Outstanding Achievement and Service. His accomplishments went far beyond Austin College to leadership in several professional organizations.

After retiring from Austin College in 1994, Dr. Carlson remained active in the Sherman community, Rotary International, and the Presbyterian Church, among many interests.

Memorials may be contributed to the A.J. Carlson Scholarship for International Studies. Joining the Austin College faculty in 1977, Dr. Manley shared her love of the French language and the culture of France with hundreds of students before her retirement in 2010. She loved teaching, and once said her goal in teaching French was to create success for her students in learning ‘usable’ language.

Dr. Manley worked with many outreach activities of the languages department, including programs that brought hundreds of high school language learners to campus, and later, worked with Texas French teachers. In addition to teaching and mentoring, she served for several years as director of international education and also helped international students attending Austin College to acclimate to their new home.

Memorials may be made to the Wirth-Manley Endowed Founders Scholarship that Cynthia established. 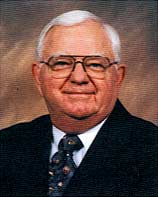 He joined the Austin College faculty in 1970, and in addition to teaching courses in his department, he served as director of Asian Studies in the 1970s. Born in China to missionary parents, he also shared his love of China with his students through travel courses there.

An author of many published articles, Dr. Ware also wrote three books: Not With Words of Wisdom: Performative Language and Liturgy, Heart Sing: Morning Prayers of Praise and Thanksgiving, and Reading the Bible as Christian Scripture: Understanding the Writers’ Use of Language. He received several honors for his teaching and scholarship, including the John Gammie Distinguished Scholars Award for 1994-1995.

Retiring from Austin College in 1996, Dr. Ware and his wife, Emma (who died in 2013) moved to Florida, where among other roles, he served as a theological consultant at Baptist Hospital in Pensacola and as a parish associate at Gulf Breeze Presbyterian Church. He and his second wife, JoRae, were married last year.