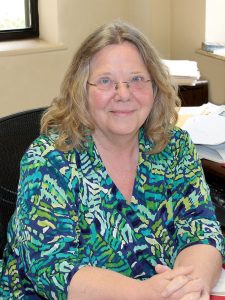 Dr. Bernice Melvin, Professor Emerita of French, died July 29, 2020, in Charlottesville, Virginia, where she had lived near family since retiring from Austin College in 2015. Her daughter, Alyssa, announced her mother’s passing as Bernice had requested, with little fanfare. Her most revealing comment about Bernice may have been, simply, “If you wish to honor her, please do so by remembering her unfailing kindness, amazing ability to find the best in anyone, and unflagging optimism and joy in life. On her behalf, thank you all for your friendship. Be well.” 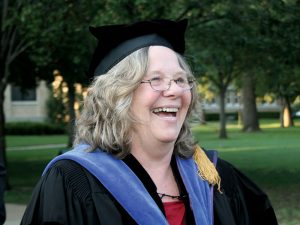 The many, many responses shared publicly by students and colleagues did indeed speak of her kindness, treasured friendships, her love of teaching and of France, and her mentorship of students and fellow faculty. Bernice joined the Austin College faculty in 1980 and in 1984, was installed in the Margarett Root Brown Chair of Foreign Languages and Literatures. She served for several years as the Dean of Humanities and, later, as Director of the Johnson Center for Faculty Development and Excellence in Teaching.

Dr. Melvin was honored by the College with its Homer P. Rainey Award for Outstanding Achievement and Service in 2007. In 2013, she received Austin College’s Excellence in Teaching and Campus Leadership Award, recognizing her having “made a distinct difference in the teaching climate in areas such as classroom teaching, campus leadership, pioneering pedagogy, and instructional support.” In 2019, the Johnson Center named its continuing sabbatical lecture series the Bernice S. Melvin Sabbatical Series in her honor. 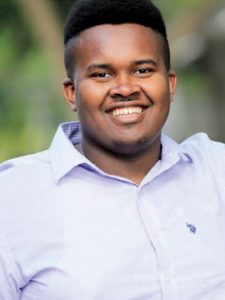 The Austin College community was saddened by the death of senior Chris Miller of Houston, Texas, on December 18, 2020.

Chris was hospitalized for the majority of Fall Term 2020 battling COVID-19, and his friends and family hoped he was headed for recovery when he was released in late October. Complications ensued, and sadly, he died December 18.

Completing a major in Business Administration and a minor in Art at Austin College, Chris was a member of the Class of 2021. An engaging, thoughtful, and outgoing friend to all, Chris was an active member and officer of Chi Delta Eta fraternity, a little brother of Kappa Gamma Chi sorority, and a member of Black Expressions.

Austin College Board of Trustees

The Austin College community celebrates the lives of three senior members of the Board of Trustees of the College who died in 2020. 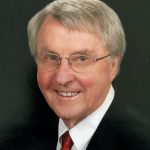 Senor Trustee Joseph Robert Fallon Sr. of Sherman died February 27, 2020. Fallon was an active member of the Austin College Board of Trustees in the 1970s and 1980s, and remained a senior trustee until his death. An influential Sherman business leader, he enjoyed a successful career in insurance for more than 50 years. He supported scholarships at Austin College during his board service, and his family encouraged memorials to the Joe Fallon Scholarship at Austin College. 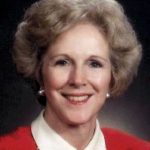 Senior Trustee Betty Robbins Davis Hurst of Longview, Texas, died on June 13, 2020. She was elected to the College’s Board of Trustees in 1986 and served on the College Development Committee until she was named a senior trustee in 1994. She particularly supported student scholarships through her generosity to the College. She was an active business and community leader in Longview, with roles in oil and gas, travel, real estate development, and investments. She served various service organizations of her community, as well as Trinity Episcopal Church and Trinity School of
Texas. She also loved to travel the world. 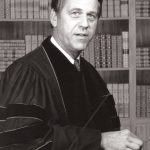 Senior Trustee Louis H. Zbinden Jr. died on September 11, 2020. The Presbyterian leader served on the active board and the College Relations and Church Relations committees from 1973 to 1985, and remained a member of the senior board until his death. A supporter of scholarships and various other Austin College projects, Zbinden also reinforced the long legacy of leadership between the Presbyterian Church (USA) and the College. He was very active in community service in San Antonio, where he was Senior Pastor of First Presbyterian Church from 1971 until 2004.