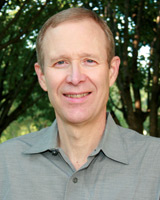 George Diggs, professor of biology, received Austin College’s distinguished Homer P. Rainey Award at Honors Convocation this spring. The award is presented annually by the Board of Trustees to a member of the faculty or staff for outstanding achievement and service to the College. During the convocation, he also was installed as the Donald MacGregor Chair of Natural Science.

Diggs has been a member of the Austin College faculty for more than 30 years. A botanist, he is an expert on the plants of north Texas and has published, with coauthors, two large volumes of work as part of the Illustrated Texas Floras Project, a collaborative effort between the Botanical Research Institute of Texas in Fort Worth and the Austin College Center for Environmental Studies.

Announcing the award, President Marjorie Hass said, “George is a true ambassador for the College. His contributions to the educational mission of the College are diverse, meaningful, and profound. He serves this institution with great dedication and his scholarship work has transformed Texas botany. He also has demonstrated servant leadership in his career and in his community.”

Diggs earned his undergraduate and master’s degrees at the College of William and Mary and a Ph.D. at University of Wisconsin – Madison. 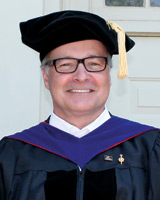 The Rainey Award memorializes Homer P. Rainey ’19, whose prestigious career as a college president included leading four institutions. He received an honorary doctorate from Austin College as well as the Founders Medal. He was named an Austin College Distinguished Alumnus in 1973.

Two other faculty members were named to endowed chairs and professorships at Honors Convocation. Michael S. Fairley was named to the Cecil H. Green Professorship in Communication Arts, and Frank Rohmer was installed to the John D. Moseley Chair in Government and Public Policy. 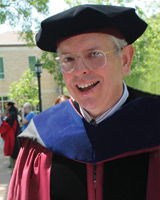 Rohmer, associate professor of political science, joined the Austin College faculty in 1988. He earned his bachelor’s degree at Spring Hill College in Alabama and his master’s and doctoral degrees at the University of Chicago. His courses include “American Political Thought,” “U.S. Constitutional Law,” and “Political Theory.” The pre-law advisor for Austin College, Rohmer works with the alumni “L” Law Association to host the annual Kenneth L. Street Law Symposium. He also coordinates the Public Administration Symposium and the Hatton W. Sumners scholarship competition.

(See the winners of the College’s annual teaching awards.)