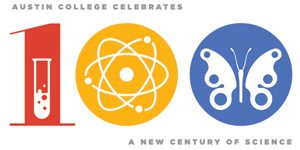 Editor’s Note: Following the Winter 2012 Austin College Magazine focus on “100 years of Science” at the College, we received notes from multiple alumni that a distinguished faculty member from the past century deserved recognition in such an article. While the issue was not intended as a comprehensive look at the 100 years, we recognize the contributions of Frank Clark Edwards indeed were significant. Since the late professor has two sons, David ’83 and Frank ’81, who are graduates of Austin College, we were able to gain some personal insights from David. The Edwards story continues through the experiences of David’s children Margaret, who graduated from Austin College in 2012, and David, Jr., who is a member of the Class of 2014. 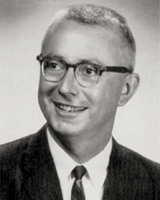 Professor of Chemistry Frank Clark Edwards, according to his son David, arrived at Austin College in 1961 to coordinate the construction of Moody Science Center, completed in 1965. He was a key figure in the growth of the sciences and assisted the College in realizing much of President John D. Moseley’s vision in the 1960s and 1970s.His service also included work in implementation of the IDEAS program (Individual Development: Encounter with the Arts and Sciences), perhaps a foreshadower of the comprehensive education program that the new IDEA Center, with its science and technology focus, will continue in future generations.

David holds a fondness for Moody Science Center, which he described as “one of the best designed and implemented” campus buildings and “both timeless and in harmony with the original architecture of the campus.” He expressed regret that the new IDEA Center location required the loss of the original Russell Tennis Stadium, dedicated in 1974 with his father and legendary women’s coach Gene Day playing mixed doubles against the famous actress, dancer, and one-time Austin College trustee Ginger Rogers and her tennis partner. The family tradition continued, however, as Margaret ’12 was a Kangaroo tennis player.

The chemistry professor also served as director of a Moseley program known as the Total Institutional Project, which examined the nature of college leadership, its decision-making processes, and its augmentation of the new IDEAS curriculum. During his tenure, Edwards also served as chairman of the science department and as dean of educational research and development.

Before joining the Austin College faculty, Edwards was involved in the Manhattan Project at Iowa State University, where he invented a quartz fiber microbalance (for which he was awarded his Ph.D.), and worked in plutonium experiments that his son said resulted in radiation exposure and ultimately, his father’s untimely death.

“Although my dad lived a relatively short life and was at Austin College for only 14 years, he was a remarkable man and accomplished many great things,” David said. “His students inspired him. He was an innovative teacher and was loved by everyone who knew him. He worked on the IDEAS Project up until his final days, taking his work with him to MD Anderson and literally working from his hospital bed until his illness became too advanced to continue. To this day, I still get emails from his former students, thanking me for the difference he made in their lives.”

Indeed, the hallmark of an Austin College professor.

More about the science faculty of the past 100 years will be available on campus this fall through a project undertaken by current science faculty Peggy Redshaw and John Richardson. They prepared an exhibit on the faculty and students of 1910 through 1940 in fall 2011 and are researching those of the next 30 years for a fall 2012 display in Abell Library. 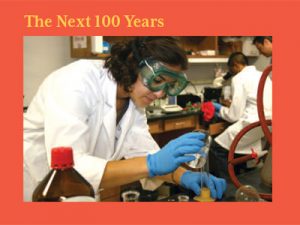 Two Austin College chemistry majors hope to make their mark in the sciences, taking part in work that could have impact on future fuel sources and on health care. The two received National Science Foundation Research Experiences for Undergraduates (REU) awards this summer. Jessie Berger ’13 is working with inorganic research on molecular mimics of photosynthetic systems at Penn State, and Catherine McKenas ’14 has joined a bioanalytical team at University of Illinois Urbana-Champaign researching highly multiplexed, labelfree biosensors.Jessie, at left, plans to earn a Ph.D. in chemistry, but is undecided whether she will pursue work in academia or industry.

Catherine also plans to complete a Ph.D. in chemistry and work in academia and research.