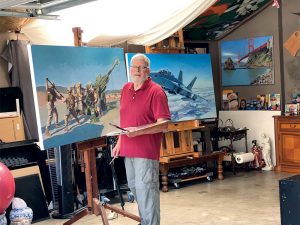 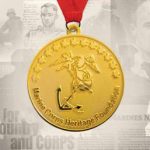 Each of the 19 winners received a gold medallion and a commemorative brick along the Semper Fidelis Memorial Park pathway adjacent to the National Museum of the Marine Corps in Quantico, Virginia. The museum’s permanent collection includes 35 of John’s commissioned military paintings.

John and his wife, Anne Williams, met at Austin College before she transferred to UT Austin. They found each other 35 years later and have been happily married since. They live in Santa Rosa, California, where the prolific artist has recently completed paintings of many of the first responders who battled the wildfires there. 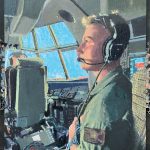 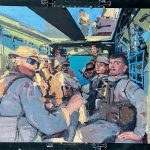 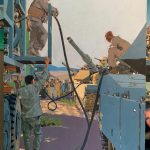 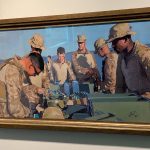 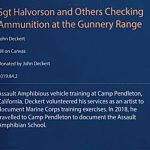