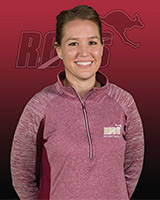 Women’s basketball coach Michelle Filander was inducted into the Ohio District 12 Basketball Coaches Association Hall of Fame for her outstanding high school playing career. She continued playing in college until an injury sidelined her—and her coach put her on the coaching squad. “That changed my trajectory, and I am so grateful every day that she offered me the opportunity. I have been so fortunate through my career to have worked for and with some of the best female coaches in the country and know personally how they affect and change the lives of their athletes. It motivates me to keep working hard to provide our athletes at Austin College the same quality experience.” Coach Filander came to Austin College in 2010. 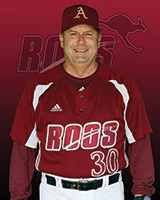 Baseball coach Mike Ramsey likewise earned accolades for his playing career, being inducted into the Texas Christian University Athletics Hall of Fame. Ramsey was a standout player for the Horned Frogs, and still holds TCU records for career and single season batting average. Also named an Academic All-American, he graduated from TCU in 1985. Now in his third year as coach at Austin College, Ramsey was drafted by the Cincinnati Reds following his collegiate career and played in the minors. He later moved into coaching and has spent more than 25 years in the field.