Home » Miscellaneous » Eye on the Future 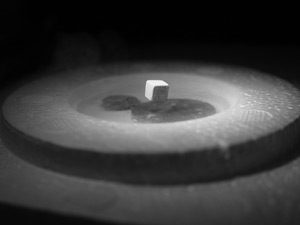 Superconductors can carry an electric current with no loss—they are extremely efficient. Regular conductors, such as copper wiring, lose some of the electrical energy put into them as it changes into other forms of energy, such as heat. Superconductors are used to create powerful magnets, used in magnetic levitation trains, MRIs, and particle accelerators, and for other high-power requirements.

If she succeeds, all current applications of superconductors could be built with these new materials, using less expensive “high temperature”
superconductors. 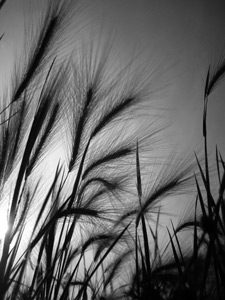 Saving the Blackland Prairie from the Ground Up

North Texas once was blanketed by a lush tallgrass prairie with rich black soil and diverse plant life, but over time, the soil was destroyed by agriculture and the natural balance disrupted. Though it is clear that the natural soil had many benefits, scientists don’t know how best to
restore the prairie.

They plan to continue to study the microbes in successful Blackland prairies to gather data they can compare in restoration methods at the Austin College Sneed Environmental Research Area.

With the industrial revolution came monster machines, big enough to power warehouses and produce any number of products. Now, the scale has changed: the challenge is in super-small production.

Stephanie Gould, assistant professor of chemistry, is developing nanogears: molecule-sized cogs that will operate much like the parts in a wristwatch or a car.

“The smaller you can make a machine,” she said, “the more advanced the applications you can envision and create.”

So far, she has created the building blocks for the gears, and soon will focus on making the gears operate properly. Ultimately, gears like those produced at Austin College could help create a cure for cancer: nanomachines could direct a precise dosage only to the cancer cells, leaving the rest of the body unharmed. 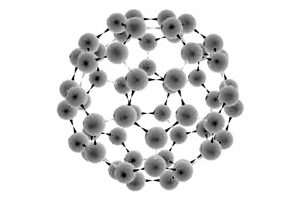 White paint reflects visible light and absorbs harmful ultraviolet waves—that’s one of the reasons fences and other outdoor materials are painted white.

“We want to add a dye that is going to harvest visible light and use that energy, and transfer that energy to this pigment that is found in white paint,” Smucker said. The white pigment in paint is a semiconductor, so it can pass on electrical current.

His research involves building a self-assembling molecule that will absorb light from the visible spectrum; the dye would appear black to the human eye, but on the molecular level, would be made up of two or more types of complimentary-colored molecules. For example, when yellow and blue paint are mixed together, they make green, but the yellow and blue still are both in the mix, on a molecular level.

He is working to build structures that are like satellites, on the molecular scale, that can “funnel” energy from sunlight through titanium dioxide paint molecules, creating a cheap and efficient form of solar power.

Construction is underway on the dome for the new IDEA Center. 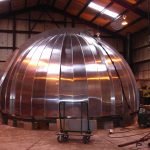 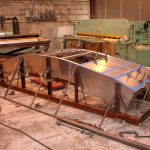 Ground preparation began at the site of the IDEA Center in November 2011. 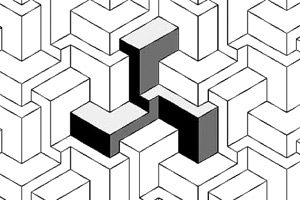 Pushing the Boundaries of Geometry

The geometry taught in high school seems rational, straightforward, and natural. But in non-Euclidean geometries, when it comes to something you think you know, as the old song goes, “it ain’t necessarily so.”

For example, in contrast to the oft-repeated line, “The angles of a triangle add up to 180 degrees,” that generally isn’t the case in non-Euclidean geometries. “In these systems there are numerous things that might seem obvious, but are untrue—but a different set of things that seem absurd are now true!” said Jack Mealy, associate professor of mathematics. These systems are among the many “Wonderlands” in the mathematics field, he said.

Along with a number of student researchers over the past few years, Mealy is investigating a subset of non-Euclidean geometry that has received very little attention from mathematicians. He has used both computer modeling and theoretical arguments to demonstrate the existence of, and investigate the properties of, a number of strange objects, such as ‘discs’ with a radius of one inch and an infinite circumference.

“It’s Forrest-Gump-like; there’s this infinite box of chocolates out there, and you never fully know what you’re going to get,” Mealy said. “But there’s a good chance it’ll be interesting, even surprising.”

Because it’s theoretical, there currently aren’t any practical uses for this research, but historically, “what has started out as evidently ‘only’ theoretical, at times ultimately has turned out to be useful,” Mealy said. “One occasionally hopes for that sort of thing; but regardless, we’ll have
learned new and fascinating things in the process.”