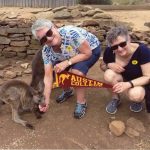 Cathy Crawford Garrett ’69 and Elizabeth Sewell Teeters ’69 enjoyed some travel time “down under” in February 2018, taking a three-week land trip in Australia and a two-week cruise around New Zealand. Of course, the former Austin College roommates were on the lookout for kangaroos and share this photo. 1962 John Hitt stepped down as… END_OF_DOCUMENT_TOKEN_TO_BE_REPLACED 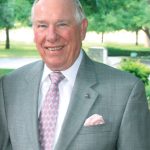 The name of longtime educator Linus Wright ’49 endures in the Dallas educational system. The Dallas ISD board of trustees unanimously approved a measure in June 2018 to rename its new headquarters at 9400 North Central Expressway as the Linus D. Wright Dallas ISD Administration Building. Several educators spoke on behalf of the measure, praising… END_OF_DOCUMENT_TOKEN_TO_BE_REPLACED 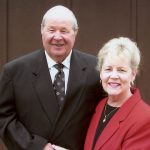 Norman Dickey ’62 was honored by the Howe (Texas) ISD for 50 years of dedication to Howe athletics at its 2018 Community Pep Rally kicking off the fall athletics season. Community members and former coaches and players were on hand to recognize Dickey’s service. He was athletic director and head football coach for the Howe… END_OF_DOCUMENT_TOKEN_TO_BE_REPLACED 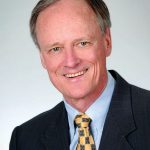 Charles Schroeder ’67 received the Lifetime Achievement Award from the American College Personnel Association (ACPA) in March 2018. The award recognizes extraordinary service to the field of student affairs, as well as significant scholarship productivity and exemplary leadership. For more than 30 years, Charles served as chief student affairs officer in a career that took… END_OF_DOCUMENT_TOKEN_TO_BE_REPLACED 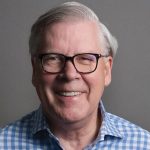 Bill Warren ’74 received the Community Hero Award at the Tech Titans technology industry awards gala in August 2018. Now executive chair and CEO of Reflect, a Dallas-based digital media and advertising company that designs digital signage networks, Bill has had successful careers in a number of industries. For nearly 35 years, he has also… END_OF_DOCUMENT_TOKEN_TO_BE_REPLACED 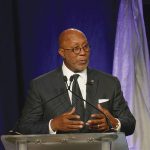 Ron Kirk ’76 received the H. Neil Mallon Award from the Dallas/Fort Worth World Affairs Council in October 2018. “The importance of Ron Kirk’s contributions locally and nationally cannot be overstated,” said Marjorie Adams, board chair of the council. “His dedication to ensuring that Dallas continues to flourish as a world-class city, while expanding its… END_OF_DOCUMENT_TOKEN_TO_BE_REPLACED 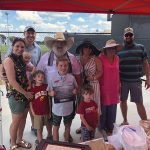 Billy Core ’75 has made lots of new friends in the Larry Kramer Outback of Jerry E. Apple Stadium. He’s cooked up lots and lots of meat at the games pretty much since the Outback was opened—even before it was named for Kramer. Things kicked up a notch this fall with the addition of a… END_OF_DOCUMENT_TOKEN_TO_BE_REPLACED 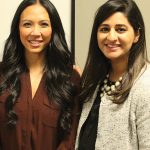 Alumnae Han Pham Schmidly ’98, M.D., and Rija Siddiqui ’12, M.D., returned to campus in September 2018 to participate in a Women in Medicine Symposium hosted by the Austin College Posey Leadership Institute. Dr. Schmidly is the CEO of Wound Integrity and medical director of Wound Care & Hyperbaric Medicine at Medical City in Dallas,… END_OF_DOCUMENT_TOKEN_TO_BE_REPLACED 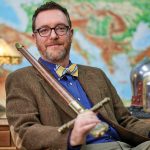 Cullen Chandler ’96, Ph.D., has been appointed the 2019 Donald Bullough Fellow in Mediaeval History by the University of St. Andrews in Scotland and is spending the 2019 spring semester abroad working in the St. Andrews Institute for Mediaeval Studies on his research project, “Early Medieval Food and Culture.” St. Andrews has the largest mediaeval… END_OF_DOCUMENT_TOKEN_TO_BE_REPLACED 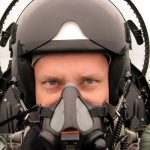