Shock rocked the Austin College community—twice—during Fall Term 2016, with the sudden deaths of Dr. Jack Pierce, McGaw Chair in Health Sciences and professor of biology, on September 26 and of Dr. Don Rodgers, associate professor of political science, on November 13. Both appear to have died from heart attacks. 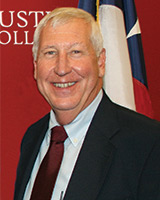 Pierce had been a member of the Austin College faculty for nearly 50 years and touched the lives of countless students in and out of the classroom. In addition to advising hundreds of students interested in health science careers, Pierce was a long-time sponsor for the Kappa Gamma Chi sorority and the Pre-Health Society (formerly Pre-Medical Society). Dr. Pierce held the Mary W. and Foster G. McGaw Chair in Health Sciences and was the College’s long-time NCAA faculty representative. He also was one of Austin College athletes’ greatest fans, in the stands for almost all home sporting competitions. 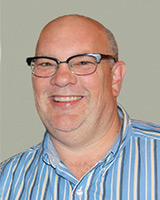 The campus had barely settled when word spread of the death of Don Rodgers. A member of the Austin College faculty since 2003, he taught political science and served as director of the program in Nonprofit Organizations and Public Service. In that role, he served as director of the summer grant writing internship program, Social Entrepreneurship for Poverty Alleviation (SEPA). He had accompanied students on Model United Nations trips and January Term courses in Taiwan and served as faculty advisor for the Amnesty International student organization.

The professional loss to the College in these deaths is immense, and faculty in their departments immediately stepped in to fill the administrative and teaching voids created. The personal loss to colleagues, friends, students, and alumni is without measure. Life in the days of social media means that word spread rapidly among friends far and wide, and the heartfelt responses came quickly.

On campus, students, staff, and faculty gathered to share one another’s grief. “Don’s bench” on Windsor Mall became a memorial and site for flowers and remembrances. Facebook tributes from alumni and students spoke again and again of the care of the two faculty members and the inspiration they had been to their students. “If not for Jack, I wouldn’t be where I am today.” “Don believed in me when I didn’t believe in myself.” … The same messages repeated again and again, from current students and alumni long gone from the College, now on paths that these dedicated educators helped their students discover.

Memorial gifts may be made online.