Home » 2022 Issue » Austin College Can Feel Like Home – For Everyone 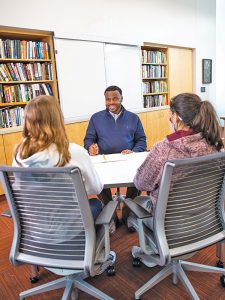 arllos Lassiter says he has found a place he can call home. Austin College’s new Vice President for Student Affairs and Chief Inclusion and Diversity Officer arrived on campus shortly before Fall Term 2021 began, and soon, he was involved in much more than arranging an office and orienting his staff; he was “settling in.” Starting out as an ambitious new professional in higher education, Carllos had a big goal: become a college president by age 35. He set off quickly in the realm of Student Affairs and was on an upward trajectory. He earned a master’s degree in Higher Education Administration from the University of Mississippi and went to work, holding positions at The University of Chicago, Vanderbilt University, and Tulane University.

As he neared age 40, he made peace with the fact that his goal of a presidency would not be defined by a time period but rather through executive leadership development and recommendation of an opportunity based on fit and experience. At 39 years of age, he became Vice President for Student Affairs and Dean of Students at Westminster College in New Wilmington, Pennsylvania, where he also served as Title IX Coordinator. A few years later, he became Assistant Vice President of Student Engagement at American University in Washington, D.C., with its 8,000 undergraduate and 4,000 graduate students.

Ambition still serves as a catalyst for his work ethic, but it no longer serves as a factor in determination of future position attainment.

At Austin College, he is feeling warmth and acceptance as a new member of the community. He has found that he and Austin College are a good match. He has the experience and the skill set needed by the College, and the College provides a great opportunity for him to continue excellent stewardship in Student Affairs while receiving additional executive leadership growth. “I have felt so welcome here and enjoy being part of this community every day.”

If anything, as a new leader in Student Affairs he didn’t see as much of students in the fall term as he would have liked; engaging with students is the best part of his job, he says. He looks forward to creating engagement opportunities with students this spring. He has an open-door policy, and accessibility and visibility are important leadership traits for him as the chief student affairs officer. His vision for students includes a commitment to strive for personal and academic integrity, to treat others with dignity and respect, and to become involved in creating a community that is inclusive and welcoming for everyone.

As the College’s first Inclusion and Diversity Officer, Carllos understands that inclusion is essential for a college campus. “Austin College does a great job recruiting a diverse student population,” he said. “Diversity here is top tier, better than most colleges and universities nationally. I was shocked by the amazing diversity numbers at Austin College during my interview process and became excited about the opportunity to create a more inclusive and welcoming environment on campus.”

Though Carllos is the first employee assigned inclusion and diversity planning as central to his job duties, efforts have been made over several years to demonstrate Austin College’s commitment to inclusion and diversity in its community. Carllos began his work in the fall by examining the past and assessing the present before looking to the future. Much work is to be done, and he plans to be very intentional about each step as he works with the President’s Committee on Inclusion and Diversity to restructure, identify resources and strategic imperatives, and garner support from within the community. During the spring semester, he hopes to begin Diversity, Equity, and Inclusion trainings for the campus community while sharing a strategic vision for the future of inclusion and diversity at Austin College.

“Everyone is a stakeholder when it involves inclusion and diversity on campus,” Carllos said. “It is a community effort. It’s not a ‘Carllos and His Magic Wand Show.’ It has to be a College effort. I’m not here to change who people are. I am here to work with our diverse community in identifying our shared values while affirming who we are as an institution. It is my hope that as an institution we approach our work through an equity lens and celebrate the multiple identities of our campus members by creating a stronger sense of belongingness for all.” 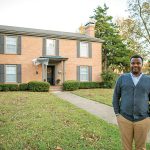 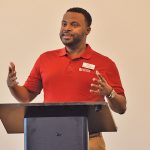 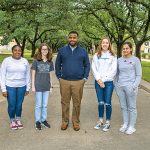 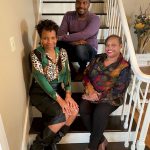 Carllos is always close to the action, living across Grand Avenue in Windsor House, speaking on campus, and posing with a few of the students on the Diversity and Inclusion Task Force. A job in Texas has many perks—like nearby NFL and NBA teams. Better, his two sisters and their families live in Frisco and downtown Dallas. For the first time in 20 years of his career, he lives close enough to be part of their lives. His mother lives in Mississippi, and she and other family were finally able to stay with Carllos during the holidays.